COVID-19 Update: Click Here for our latest policies and procedures 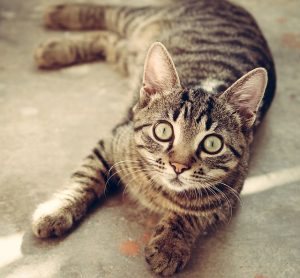 So, we’ve talked about the importance of nutrition for cats and that they are obligate carnivores and need a meat based diet. But, a meat calorie is a meat calorie, right? Other than allergies or your cat’s taste preference, once kind of meat is equal to another, right?

I (Dr. Erika) have done training in traditional Chinese food therapy at the same school that I learned acupuncture from. In addition to learning about high nutrient traditional recipes such as bone broth, congee, and tendon soup for pets, we also discussed the energetic properties of food.

Food, like herbs, has different kinds of “Qi” in the Chinese system. This means that, just like herbs which are essentially the pharmaceuticals of the traditional Chinese medical world, food can be used to treat medical conditions. You read that right. Food can be used to treat conditions on a level different than the level of providing the nutritional building blocks for healing.

One of the best ways to understand the energetics of food is to think about different kinds of meat producing animals and their lifestyles. Consider the differences between a chicken and cow. Chickens are fast growing; they reach slaughter weight in a matter of weeks. They are also frenetic, active creatures who spend their days scratching the soil for bugs. They tend to be flighty and usually respond dramatically and suddenly to startling stimuli. Cattle, on the other hand, are slower growing; they take a year or more to reach slaughter weight. Cattle tend to be slow moving, grazing animals. They can move fast when startled, but generally respond more slowly and deliberately to stimuli than chickens do.

It should come as no surprise, then, that chickens are a more Yang animal than cattle. Chickens embody heat, action, and movement. Cattle are relatively more Yin embodying physical mass, calm, and relatively neutral energy.

Every plant, mineral, and animal that we consume has similar energetic characteristics that can be classified and used for their medicinal benefit. You might understand some of the concept of energetics now, but maybe you don’t see how we can put this into practice. Let me explain that a little.

In traditional Chinese medicine, much like in conventional medicine, we treat problems by applying an acupuncture point, herb, food, or massage technique that has the opposite effect to the problem. Too cold? Add heat. Too stagnant? Use moving herbs or acupuncture points. Food is used exactly this way. Have a problem with being cold, sluggish, and having poor energy? Eat chicken. The hot, energetic nature of chicken will help to treat the cold, sluggish nature of your problem.

The same applies in reverse. Have a problem with being too frantic, hot, or twitchy? Chicken is probably not a good food choice, maybe try beef or another cooler, more Yin meat instead.

Of course, these are only two food choices from a huge array of foods that were classically used in traditional Chinese medicine, and now days we have access to many other foods that the Chinese never dreamed of. Through careful study and experimentation, we know the energetic qualities of many foods that were not traditionally used. Kangaroo, for example, has been a popular pet food and is certainly not something that was mentioned in the classical Chinese medical literature. However, because of the work of knowledgeable practitioners, we know that kangaroo is a hot, Yang meat with some similarities to chicken.

If your pet is having a problem and is reluctant to take medications or refuses acupuncture treatment, food therapy can be a big help. It is also an excellent adjunct to treatment with food and herbs. As you might imagine, treating anxiety with herbs will only help so much if you are feeding your cat a anxiety prone animal (such as chicken). I would be happy to talk with you about your pet’s health concerns and how a diet change might help them out!